The Short Answer: Green tea extract is a stimulant. It naturally contains some caffeine. However, compared to other stimulants such as bitter orange extract, guarana, or pure caffeine anhydrous, it has relatively weak stimulatory effects. For some people who are sensitive, this is great news. Green tea will give you just enough energy without causing jitters or energy crashes. Plus, it contains EGCG, an evidenced polyphenol that is known to increase metabolism and aid weight loss. Still, while its effects may be mild when compared to other compounds, green tea extract still works like any stimulant – taking it too close to bedtime may give you insomnia!

What is Green Tea Extract?

Green Tea Extract (Camilla Sinesis) is a natural compound that has been used for centuries in Chinese medicine. It is made from the leaves and buds of the Camellia sinensis plant, which are steeped in hot water to make a liquid extract. Green tea extract contains antioxidants, which are thought to help prevent cell damage and slow aging.

However, what you may not know is that studies have shown that green tea extract can also help with conditions such as:

Green tea is used to make a variety of products, including supplements and teas. You’ll also see green tea extracts being used in some skincare products, as well as hair care and oral hygiene products.

How Does Green Tea Extract Work?

As we’ve explained, green tea extract is a type of herbal extract that contains a high concentration of polyphenols, which are natural compounds found in plants.

Polyphenols are powerful antioxidants and are known to have many health benefits.

When consumed, these polyphenols can help protect cells from damage caused by free radicals. They also have been shown to be effective at preventing the growth of malign cells.

Green Tea Extract is not only used as a drink but can also be applied topically on the skin in order to provide protection from UV rays.

The main active ingredient in green tea extract is called EGCG, which has been found to have antioxidant properties and may help boost metabolism so you lose weight faster.

Is Green Tea Extract a Stimulant?

Green tea extract is a stimulant. It increases the metabolic rate and helps with weight loss. Green tea extract contains caffeine, which is present in most stimulants, but it also contains polyphenols that act as an antioxidant and promotes weight loss through thermogenesis (burning calories).

These effects can make it seem like green tea extract gives you similar benefits as other stimulants, such as pure caffeine anhydrous. However, this effect only lasts for a short time before going away. This is because t

here is very little caffeine in green tea extract – often, not enough to lead to substantial thermogenesis on its own. This is why the best weight loss supplements tend to combine green tea extract with other proven stimulants to enhance your metabolic rate and curb appetite.

The benefits of green tea extract are wide-ranging. It can help with weight loss, provide antioxidants to the body, help with fatigue and also clear brain fog.

All stimulants are known to enhance mental alertness, and green tea extract is no different. In addition to making you cognitively sharper, green tea extract also increases physical performance, by amping up the activity of your cell’s mitochondria.

Some other notable benefits you may experience from supplementing green tea extract include:

Green Tea Extract vs. Other Stimulants- Which is Better?

Caffeine is a natural stimulant found in coffee and tea and is the most widely consumed stimulant in the world. It has been shown to increase energy levels, boost metabolism, and provide a feeling of fullness.

Guarana is a plant native to South America with seeds that contain high levels of caffeine similar to coffee beans. It has been used for centuries as an herbal remedy for fatigue, headaches, and gastrointestinal distress by indigenous people of Brazil. Yerba mate is made from dried leaves of the Ilex paraguariensis tree which grows in subtropical regions.

Another compound that you won’t hear about often is nicotine. We all know that nicotine is an addictive substance, but do you know that it’s also a stimulant? Nicotine stimulates the central nervous system and can increase alertness, attention span, and energy levels. It works by raising dopamine levels in your brain, often to an unhealthy amount, which makes it extremely addictive. This can lead to an addictive cycle, where the person needs more nicotine just to feel normal.

Green tea extract and nicotine are both stimulants.

Green tea extract is a natural stimulant that comes from the leaves of the Camellia sinensis plant. It is rich in polyphenols and catechins, which have been shown to have benefits for weight loss, diabetes, heart disease, cancer and more.

Nicotine is found in tobacco products such as cigarettes, cigars, and chewing tobacco. It is a chemical substance that has addictive properties and causes physical dependence.

The two substances are very different in their effects on the body – but they do share some similarities.

Both substances produce feelings of stimulation by increasing levels of dopamine in the brain – green tea extract does this by inhibiting an enzyme that breaks down dopamine while nicotine does this by stimulating receptors called neuronal nicotinic acetylcholine receptors (nAChRs). Overall, green tea extract is a much safer and healthier choice than nicotine, especially in the context of long-term use.

Green tea extract and caffeine are two popular ingredients used in the energy drink industry. The purpose of adding these ingredients is to provide a boost of energy, but they have different effects on the body.

Green tea extract is a natural stimulant that is believed to affect the brain in a way that causes it to release dopamine, which leads to feelings of happiness and well-being.

Caffeine, on the other hand, is an artificial stimulant that works by blocking adenosine receptors, which causes adrenaline production and leads to feelings of alertness and wakefulness.

It is generally believed that green tea extract is healthier than caffeine. But the truth is that both of them are equally healthy. Caffeine has a lot of benefits, but it also has side effects like insomnia and anxiety.

Side Effects of Green Tea Extract

Since it is a stimulant, green tea extract naturally has a higher risk of side effects than some other non-stim supplements. However, that risk depends on many factors, including the dosage of the green tea extract you’re taking, your age and biology, whether you’ve taken it on an empty stomach or with food, and so on.

When it comes to supplements, green tea extract is one of the most effective and least risky stimulants you can take. It does have just enough caffeine to give you an energy boost, but not too much to cause negative reactions in most people.

The added benefit of green tea extract is that it contains catechins, EGCG in particular, which is known to have a host of health benefits. Weight loss included.

Taking into consideration the optimal dosage of green tea extract, which is between 200-400mg per day, and taking it as per manufacturer’s or physician’s recommendations, most experts consider it to be an excellent supplement to help you with your weight loss and wellness goals. 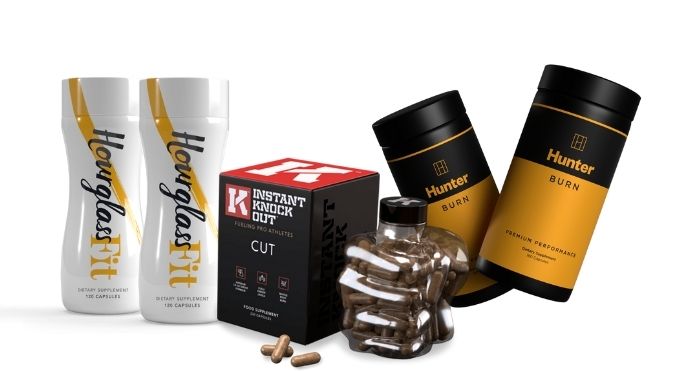